Many of you have heard me say that I moved to Central Oregon for rivers and mountains, but I continue to stay because of the people. This morning I was just thinking back to a day last Spring when, on the parkway home, I almost crashed into the car in front of me.

They had stopped abruptly because a mother Mallard and her ducklings had been in an accident up ahead. Mom and one baby was dead, but two more babies were uninjured, very scared, and running at top speed. The entire southbound parkway came to a halt as dozens of people lept from their vehicles to join in the capture. I wish I had taken a moment and captured the scene in video. The most striking thing was the vast variety of people who were running through traffic to help. All ages, all incomes, all styles.

Northbound traffic was still going past at 50mph, and we were all scared we’d inadvertently herd the babies into the oncoming cars. At last, one lady with adept skill, captured both the babies in short order (from the way she did it I imagined her to be a former college softball champion.)

I volunteered to take the babies wherever they needed to go. Quickly finding a box of real estate flyers in the back of the car, I dumped the flyers into the seat to make room for my new passengers. Once home, we googled up the best place to take them and discovered the folks http://www.highdesertwildlife.org

Within the hour they great folks at High Desert Wildlife were attending to the babies and assuring us they’d soon be wiling away their days on one of their many volunteer farms in the area.

Don’t know why I thought of that. Maybe it’s the Spring weather. Maybe it’s Mother’s Day. 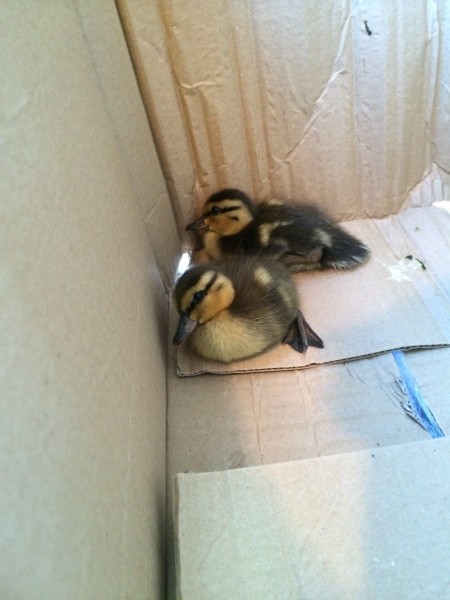 The Bulletin reported today that the Thornburgh Resort which … END_OF_DOCUMENT_TOKEN_TO_BE_REPLACED

For anyone tracking the real estate craziness in Central … END_OF_DOCUMENT_TOKEN_TO_BE_REPLACED

Cheers and thanks again for EVERYTHING. - Marita

No matter what you’re trying to accomplish with real estate, we’re here to help. Let’s start with a real estate conversation. Let us know how I can help.

We help you find your dream home

We're conveniently located near the center of Bend, Oregon, in downtown. Stop by our full service brokerage and let us help take some of the mystery about of the buying and selling process.